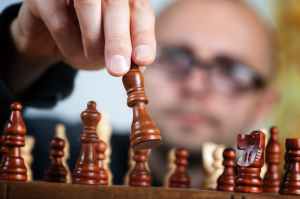 A mind is a terrible thing to waste, especially when we have steps we can take to help keep our brains functioning as well as possible. A healthy diet, exercise, and stress management are just a few of the things we can do to help our brains. In these studies, certain nutrients also showed promise in supporting brain health.

Depression is fairly common in older adults, yet only 10 percent of older Americans reporting symptoms receive treatment. This review of six clinical trials covered 4,605 men and women, average age 77, some with symptoms of mild to moderate depression, others in a state of mental well-being. Participants took a placebo or an average of 1,300 mg of omega-3 polyunsaturated fatty acids per day, in studies lasting from several weeks to several months.

Overall, those in the well-being group saw no significant effects on mood from taking omega-3s. In participants with mild to moderate depression, doctors found a large, positive effect on mood for omega-3s compared to placebo. Doctors said depression may reflect an inflammatory chemical imbalance in the brain, and that omega-3s are anti-inflammatory.

Curcumin for memory and mood

This is a follow-up to a shorter, four-week study that found positive cognitive effects of curcumin. In this study, 80 healthy men and women, aged 50 to 80, took a placebo or 400 mg of curcumin containing 80 mg curcuminoids per day.

After 12 weeks, compared to placebo, those taking curcumin performed better in tests of working memory, including counting backwards from 100 in increments of seven. The curcumin group also more accurately distinguished between similar visual patterns, and had better awareness of physical relationships.

Doctors said the pattern of results is consistent with improvements in memory and spatial brain functions, holding promise for preventing cognitive decline in some populations.

Choline and phosphatidylcholine are nutrients present in all cell membranes, and are essential for healthy brain-nerve signaling. Evidence is growing that they may protect against cognitive decline. In this long-term study, doctors measured the diets of and followed 2,497 healthy men for an average of 22 years.

The men entered the study free from dementia and ranged in age from 42 to 60. Four years later, 482 of them completed five cognitive performance tests. Overall, study participants consumed an average of 431 mg of choline per day, of which 188 mg was phosphatidylcholine.

Over the two-decade study, those who got the most phosphatidylcholine were 28 percent less likely to have developed dementia compared to those who got the least. These men also had excellent performance in tests of memory and language fluency, which are functions of the frontal and temporal lobes of the brain.

How quickly the brain processes information slows with age, which can affect other cognitive functions. In this study, 38 healthy adults took a placebo or 300 mg of chlorogenic acid from green coffee bean per day.

After 16 weeks, participants in the green coffee bean group were able to activate physical movements more quickly, and had better attention and memory, compared to placebo. Doctors also found higher levels of two proteins, apolipoprotein A1 and transthyretin, whose decline signals the early stages of impaired cognition.

BetsyHealth Note: This article is for educational purposes only. It is not intended to diagnose, treat, prevent or cure any disease. Consult your healthcare provider before taking a supplement, especially if you have a medical condition (including being pregnant or nursing) or take prescription or over-the-counter medications. For example, the nutrients in this article thin blood.

Article copyright 2020 by Natural Insights for Well Being.  All rights reserved. Used with permission.