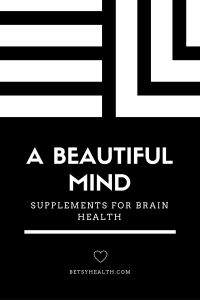 According to the Centers for Disease Control, the number of people living with cognitive impairment in the United States is equal to twice the population for New York City. As more and more people live longer, the importance of keeping our brains working well increases. In these studies, nutritional supplements proved helpful in improving cognition in test subjects. Find out more.

Cognitive impairment involves memory, orientation, judgment, problem solving, personal care and other functions. Testing for these functions every three months, doctors found that the nutrient group improved significantly while the placebo group did not change.

In a second quarterly test of executive function, participants were asked to draw a clock as accurately as possible; a common way doctors assess the progression of Alzheimer’s disease. During the placebo phase, performance declined, but in all nutrient phases, participants were able to maintain or improve performance of the clock-drawing task.
Reference: Journal of Alzheimer’s Disease; 2015, Vol. 48, No. 3, 591-5

Earlier studies found omega-3 fatty acids may slow the rate of decline in those with mild cognitive impairment and in Alzheimer’s disease (AD) but doctors know little about how changes in omega-3 blood levels can affect cognitive performance.

Betsy’s Note: This article is for educational purposes only. It is not intended to diagnose, treat, prevent or cure any disease. Consult your healthcare provider before taking a supplement, especially if you have a medical condition or take medications. For example, SAMe is contraindicated for those with bipolar disorder. Also, the supplements in this article also thin blood.

Article copyright 2016 by Natural Insights for Well Being. All rights reserved. Used with permission.