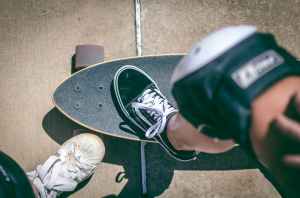 Sometimes, inflammation is a good thing. When we get a cut, the first thing that happens is an inflammatory process to help reduce blood loss and trap “invaders.” However, when inflammation goes unchecked, becoming chronic, it can create more problems than it helps. Here are several studies on nutrients that showed promise in helping the body with a healthy inflammation response.

Discussing the findings, doctors said this may be the first study to test whether aged garlic extract may help prevent several chronic diseases
linked to low-grade inflammation in obese adults.

Gingivitis is a common type of gum disease that develops when bacterial plaque builds up along the gum line and in between teeth. In this study, 134 men and women, average age 33, with gingivitis, took a placebo or a daily dose of aged garlic extract (Kyolic®). Dental examiners measured the number of bleeding sites and assessed gum health at the start of the study, and monthly for four more months.

Using a standard index of clinical gingival symptoms, while the placebo group had not improved, those taking aged garlic extract saw significant reductions in inflammation, and in the number and severity of bleeding sites, beginning at month one and continuing through four months.

When plaque builds up, it triggers an immune response, which, if left unchecked, can destroy gum tissue. Doctors said garlic helps control bad bacteria and promote good bacteria, keeping a healthy balance in the mouth.

Worldwide, back pain is the greatest cause of disability, with few treatment options. In this study, 54 overweight or obese adult men and women who were deficient in vitamin D—with levels no higher than 50 nanomoles per liter (nmol/L) of blood—took a placebo or a single 100,000 IU dose of vitamin D followed by 4,000 IU of vitamin D per day.

Doctors knew that chronic, low-grade inflammation precedes and exists in type 2 diabetes, and that vitamin D is a natural anti-inflammatory. This review of 20 placebo-controlled vitamin D studies covered 1,270 people with type 2 diabetes. The doses and forms of vitamin D in the studies varied, as did their durations.

Overall compared to placebo, those taking vitamin D had lower levels of the inflammatory factors C-reactive protein, TNFα, and fibrinogen, which causes red blood cells to stick together.

Commenting on the findings, doctors said chronic inflammation in type 2 diabetes triggers insulin resistance, imbalanced lipid levels, and circulatory problems, all of which vitamin D may be able to counteract by reducing inflammation.

When inflammation rises, the immune system responds by releasing C-reactive protein (CRP) to start the process of clearing microbes and damaged cells from the body. But chronically high CRP levels may indicate disease. In this review, doctors identified 11 CRP studies where participants took oral magnesium supplements.

While there was no effect overall, in those who started the study with elevated levels of CRP—greater than 3 mg per deciliter of blood—magnesium significantly reduced CRP levels over the various study periods. Discussing the findings, doctors said magnesium reduces CRP in those with elevated levels, reducing chronic inflammation.

People with osteoarthritis (OA) often take non-steroidal anti-inflammatory prescription drugs (NSAIDs) for pain, which have harsh side effects. In this study, 139 people with OA of the knee took 500 mg of curcumin three times per day, or a 50 mg dose of the NSAID diclofenac twice per day.

As we use our bodies over a lifetime, the joint cartilage that keeps bones from rubbing together breaks down. This chronic condition, called osteoarthritis (OA), includes symptoms of joint pain and stiffness, and is one of the most common causes of disability. Recent evidence suggests collagen as an effective treatment, but studies are limited.

In this review, doctors analyzed findings from trials covering 519 people with OA, who took collagen or a placebo for 10 to 48 weeks. Each of the trials used a common OA index to measure changes in symptoms.

Collagen is the main protein in joint connective tissue, and is the most abundant protein in the body, making up 25 to 35 percent of all whole-body protein.

Andrographis is a flowering plant which Ayurvedic doctors use for a variety of medical conditions. In this study, 103 adults with mild to moderate osteoarthritis (OA) of the knee took a placebo or 300 mg or 600 mg of andrographis per day.

Beginning at 28 days, while the placebo group had not improved, those taking either dose of andrographis saw a significant reduction in pain scores and joint stiffness. By day 56, those taking andrographis reported improved physical function.

By the end of the study, at 84 days, while the placebo group reported no changes, those taking either andrographis dose reported significant improvements in quality-of-life and functional assessment scores.

The omega-3s EPA and DHA are major components of the muscle cell membrane, and taking EPA/DHA supplements can increase levels of these fatty acids in muscle cell membranes. Doctors thought EPA/DHA might protect muscle after exercise through its anti-inflammatory action.

In this study, 16 men took a placebo or 2,400 mg of EPA- and DHA-rich fish oil capsules per day for eight weeks before performing six sets of weighted arm curls at 100 percent maximum muscle contraction. The exercise was designed to damage muscle.

Article copyright 2020 by Natural Insights for Well Being. All rights reserved. Used with permission.

BetsyHealth Note: This article is for educational purposes only. It is not intended to diagnose, prevent, treat or cure any disease. Consult your healthcare provider trying a supplement, especially if you have a medical condition, including being pregnant or nursing, or take prescription or over-the-counter medications. For example, many of these supplements also thin blood.