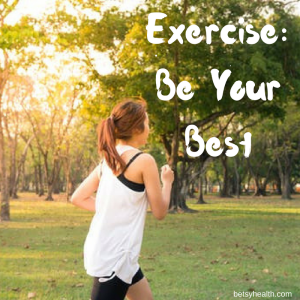 Summer is in full swing, and so is your exercise routine. Make the most of your physical activity with a little help from these promising nutrients. Energy efficiency, improved heart rate, endurance and exercise recovery are some of the positive findings in the following studies.

Even well-trained athletes can get sore after strenuous exercise. In this study, doctors created four 7-ounce beverages to test the effects on muscle soreness, and gave each in rotation to 19 young resistance-trained men, age 18 to 30.

At one hour, 24, and 48 hours after each drink, doctors took blood samples and asked participants to rate muscle soreness. During the placebo phase, signs of muscle damage in the blood (myoglobin) were higher. Compared to placebo, all citrulline and pomegranate groups reported less muscle soreness, and none at all by 48 hours, evidence of more efficient waste clearing and energy production.

After eight weeks, while the placebo group had not improved, those taking astaxanthin saw a 10 percent lower heart rate during a long-distance run compared to the same test at the start of the study. While there were no effects in shorter, higher-intensity runs, during the long-distance portions of the tests, participants were able to cover the same amount of distance at a lower heart rate compared to their performance before taking astaxanthin.

Ginkgo biloba leaves contain flavonoids and polyphenolic compounds that may enhance physical and cognitive performance. In this study, 18 healthy, physically active young men took a placebo or 160 mg of ginkgo biloba per day for six weeks.

Before and after the supplement period, the men performed a graduated cycling test that measured maximum oxygen capacity. Both groups saw an increase in oxygen capacity between the two test periods, but the ginkgo biloba group increased 6 percent compared to 1 percent for placebo. The ginkgo group also saw an increase in antioxidant capacity, and an increase in a protein that influences a number of brain functions, including stimulating growth of new neurons and synapses—nerves and nerve-signaling pathways.

After exercise, doctors looked for signs of muscle damage in blood samples. Compared to placebo, men in the BCAA group had far lower levels of a type of enzyme—creatine kinase—that signals muscle damage, up to and including 24 hours after exercise.

The nourishment you provide your body is every bit as important as the exercise you do. Remember, a quality protein, such as whey protein isolate, within an hour of completing any physical activity, even a walk, can be beneficial to muscles working to re-build after the “trauma” of exercise.

Betsy’s Note: This article is for educational purposes only. It is not intended to diagnose, treat, prevent or cure any disease or condition. Consult your healthcare provider before taking a supplement, especially if you have a medical condition or take OTC or prescriptions. For example, ginkgo is contraindicated with many medications. Most of the supplements in this article thin blood.

Article copyright 2018 by Natural Insights for Well Being. All rights reserved. Used with permission.