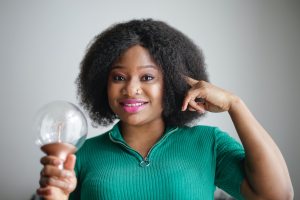 Brain health begins in the womb. Providing the right nutrients throughout life is also important for your best brain.  In these studies, researchers looked at the benefits of folic acid, flavonoids, carotenoids and fish oil on brain health.

Doctors in this study followed 70 mother-child pairs from the second trimester through seven years. The U.S. CDC recommends, and the women had been taking, 400 mcg of folic acid per day during the first trimester. At week 14, half continued, and half began taking a placebo through the end of pregnancy. At three years, doctors had access to 39 of the children and found those from mothers who had taken folic acid scored above average on cognitive development tests while kids in the placebo group scored below average.

At seven years, compared to the placebo group and to a nationally representative sample of British children at age seven, evaluating all 70 kids, those whose moms had taken folic acid scored higher in IQ tests of verbal, general language, performance, and full-scale IQ.

Lutein and astaxanthin are the colorful carotenoids that protect vision in the macula of the eye, but recent research reveals cognitive benefits as well. In a review of three clinical trials, those taking lutein could better recall details of event times, places, and verbal language, and could more easily maintain attention to tasks compared to placebo. The study results suggest consuming 10 mg of lutein per day for 12 months was a significant threshold for improvements in cognitive function.

In a review of two astaxanthin studies, those taking astaxanthin had better verbal language memory compared to the placebo groups. Discussing the findings, doctors said that the carotenoids lutein and astaxanthin have several cognitive benefits in young and middle-aged adults.

There are many short-term studies on diet and cognition, but doctors in this study followed 2,800 people, aged at least 50, without dementia, over 20 years. Those who got higher levels of flavonoids from foods such as apples, pears, and tea, were half as likely to develop any sort of dementia, including Alzheimer’s disease (AD), compared to those who got the least. Those who consumed the most anthocyanins from foods like blueberries, strawberries, and red wine, were as much as 75 percent less likely to develop any dementia. With no effective AD treatment, diet offers hope of protection.

Overall, compared to placebo, memory improved for those taking omega-3 fish oil supplements. The omega-3 DHA, the most abundant fatty acid in the brain, plays a direct role in forming nerve cells, synapses, and the protective sheaths around nerves. Doctors said, “DHA may continue to play a part in memory and learning in adulthood because adult neural stem cells play a role in neurogenesis,” or nerve development.

BetsyHealth Note: This article is for educational purposes only. It is not intended to diagnose, treat, prevent or cure any disease. Consult your healthcare provider before taking a supplement, especially if you have a medical condition, including being pregnant or nursing, or take prescription or over-the-counter medications.

Article copyright 2021 by Natural Insights for Well Being. All rights reserved. Used with permission.

Photo by Andrea Piacquadio from Pexels