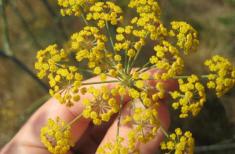 If your puffy eyes and runny nose haven’t already told you, the blanket of yellow pollen on your car and every other horizontal surface in the past few days has certainly signaled the season to be ready for the allergens that are everywhere.

Here are some tips from Natural Insights for Well Being, to help you with your Spring health goals.

Recent studies have highlighted a link between low levels of vitamin D and pneumonia in older adults living independently. In this study, doctors measured vitamin D levels in 16,974 people, at least age 17, and compared their histories of pneumonia. After adjusting for seasonal differences, body mass index scores, smoking, lung, heart and other chronic diseases, researchers found that those with vitamin D levels below 30 nanograms per milliliter of blood (ng/mL) were 56 percent more likely to develop pneumonia compared to those whose vitamin D levels were 30 ng/mL or more.

Doctors said that the optimal range may begin at 30 ng/mL rather than at 20 ng/mL for vitamin D.

Doctors said there are few studies of the effect of vitamin D on asthma severity in adults. In this trial, researchers separated 121 asthmatic adults into five groups based on levels of circulating vitamin D.

In hay fever, the immune system mistakenly identifies usually harmless allergens such as pollen, dust or mold, as “intruders,” releasing histamines that cause itchy, watery eyes, sneezing, and runny nose. In this study, 425 men and women with hay fever who were continuing to take a standard over-the-counter antihistamine took a daily dose of the probiotic Lactobacillus paracasei or a placebo. After five weeks, those taking probiotics reported much less eye itching and tearing while the placebo group had not improved. Doctors said this is the first study to show a probiotic is an effective add-on to the recommended therapy for hay fever.

Betsy’s Note: This article is intended for educational purposes only.  It is not intended to diagnose, treat, cure or prevent any disease.  Remember that probiotics should be taken at least 2-4 hours away from antibiotics.  Also, remember that you can get too much of a good thing, including vitamin D.  Follow bottle instructions.  Consult your healthcare provider.

Articles copyright 2014 by Natural Insights for Well Being. All rights reserved.  Used with permission.